I have been using Compaq Presario V3837TU for quiet some times now. It was originally bought for my wife but then she was given laptop from her company. It has been sluggish for quiet sometimes. I am using it mostly for storage. The sluggishness was quiet annoying when I wrote and edited my second book. After some savings I decided to bought new one. This time I decided to switch to Apple. And here is my new laptop 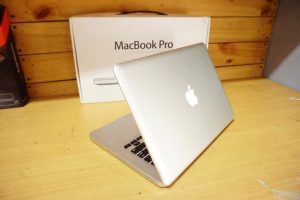 As a nice surprise t was equipped with the latest release of Mac OS X version 10.7 Lion. I immediately upgraded the RAM to 8 GB (on my own using non Apple RAM) to take advantage of the full 64 bit OS.  I also bought a USB 500GB external HDD  to be Time Machine backup drive.

The transition to Mac OS X is not really a steep learning curve. In my opinion it is like a Unix machine with beautiful and functional eye candy.

I got sweet deal since it is an older version than the series come up late 2011. It is a decent machine.